skip to main | skip to sidebar

The weather here is finally gorgeous. It's difficult to believe that on the weekend of the 25/26, it snowed. This weekend, we had temperatures over 20 degrees C. I even managed to get a tiny little sunburn.

The lovely weather continued today, which made me resent having to sit in a dark, airless room entertaining lunatics. Except that I didn't entertain any lunatics today because even the lunatics wanted to be outside in the sun.

The only lunatic I entertained today was Madame X, who was in rare form. Shortly after starting work this morning, I overheard her throwing something away in the garbage can just outside my office. I don't know what it was she was discarding, but I heard her say, "Thank you" and "Goodbye" to it.

At quarter after two, she ran--literally--back to my room and said, "Sweetie, it's after two! Go for lunch!"

"Actually," I said, "I'm waiting until three. If I don't get a reading before then, I'll just take off for the day."

She wasn't pleased, but what was she going to do? It's my second last day there, and I'm a sub-contractor anyway. Then, at twenty to three, she sent Cassandra, the part-timer, back to tell me to go right away.

And because she can't trust anyone to do anything properly, Madame X appeared in my office to say, "Cassandra has to leave at three-thirty and I am having a panic attack about too many people (two) leaving the shop all at once (45 minutes apart)."

I suppressed the urge to tell her that she needs psychiatric intervention and some time off, because yanno what? This ought to be patently obvious to her. So I packed up my crap and got the fuck out.

And yes, my last day is this coming Friday. She came into my office last Monday, looking all trepidatious, making me think perhaps she had read the blog and recognized herself. She shut the door and turned on the music, which only served to reinforce my suspicion. And I didn't care: I haven't said anything on the blog that I wouldn't say to her face if confronted (although face-to-face, I might choose more delicate language, the essential message would remain).

Anyway, then she said, "I want to run something past you." And she went on to explain that getting another reader in for me on holidays and Fridays was a pain in the ass (her word was "hassle"), so would it be a huge problem if my last day was May 11.

Naturally, I was delighted. I reassured her that I understood completely that her first priority was the store and she has to do what is best for her business and that my life is in transition, too, and--here I laid it on good and thick--as a fellow traveler and soul in this universe, it is my responsibility to make her transition as effortless and painless as possible.

Whereupon, she burst into tears, hugged me and told me that I had "made her life." That is, of course, rather an extreme statement, but that's the norm around that place. She was, she said, concerned that I would be hugely pissed off, which again, underscores how little she's been paying attention.

But anyway, there you have it. I am free of this particular brand of lunacy as of Friday at 7:00 p.m. 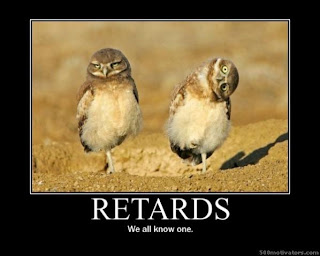 Hmmm. I wonder if I could leave Banff when we were planning to, and go home via Edmonton. Wait, I don't know where the shop is. That just saved me 6 hours driving, but cost me much amusement. Sigh.

Can't wait to hear about your next gig!